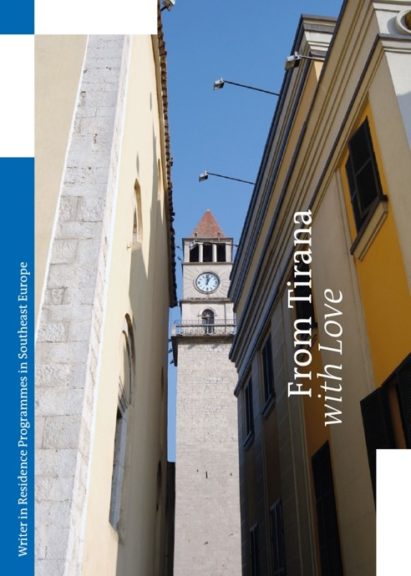 Call for applications: ‘TIRANA IN BETWEEN’

The Residence Programme for writers and litarary translators ‘Tirana IN-BETWEEN’ 2015, is launched again, for the third consecutive year in Tirana (Albania).

The Residency is prearranged by POETEKA (a cultural association in Tirana, which is active since 2004 as a Literature Festival, Literary Review and Book Publishing House) in cooperation with the TRADUKI Network, in partnership with Albanian Ministry of Culture and other local institutions & partners.

We are in particular paying attention in writers who are innovative, who handle in their works contemporary thematics and topics, or translators who working to and from the languages contained in translation program of TRADUKI European Network for literature and books.

For the year 2015, the call for applications is launched for six months, each in the duration of 4 weeks, in starting from March 2015.

The fellowship for the writers includes a one-month stay in an apartment in Tirana (the apartment is situated in one of the areas that have kept still something of the spirit and the traditional lifestyle of the Albanian Capital), travel costs and a stipend in the ammount of 800 euro, wi-fi nett connection, a cell‐phone and other common facilities necessary for normal living and working activities.

The application consists of:

1 – a bio-bibliography – a short curriculum vitae and art life, including the list of the works published (in Albanian, English, German or French – max. half page);

3 – a synopsis of the project to be undertaken during four week staying in Tirana (max. half page);

The applications should be sent via e-mail in the following addresses:

The deadline for the applications is

The fellowships will be awarded by an international professional Jury, consisting of individuals with experience in literature. (To make the process easier, applicants may annotate also the convenient months, if would be declared as an eventual winner.)

The winner applicants will be informed about the decision of the Jury by e-mail latest by March 01st 2015.

The selected artists in Residencial Porgramme ‘Tirana in Between’ for 2013 were:

The selected artists in Residencial Porgramme ‘Tirana in Between’for 2014 were: