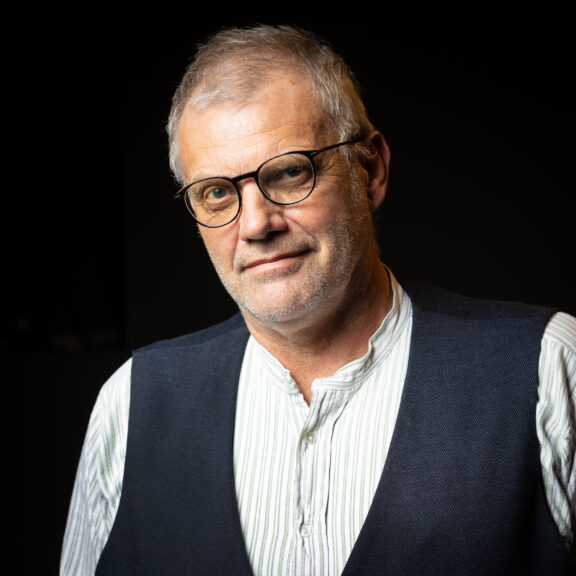 When the mundane becomes fantastic, the uncanny feels oddly familiar

Boris Kolar is one of Slovenia’s most original, inventive, and peculiar writers. Oh, and not to mention – funny. An ecotoxicologist, Kolar has written two novels and a book of short stories. Three have been translated into English as part of the Goga Short series. The author shared his thoughts about some of the most important topics for his work (including imagination, animals, and the environment). You can read three of his stories in the English-language sampler available for download.

💭 Why are imagination and creativity such an importantant part of your stories?

All stories, not only mine, are a testimony of the imagination, they speak its language, stroll along its boundaries and intertwine, consume and metabolise whatever that they happen to find in the realms of our fantasy. I never consciously thought about the elements of fiction or even planned their place within my stories. Perhaps they appeared there so that I could more rationally explain the rather unusual things that could happen to us. Without clearly defined lines between fiction and non-fiction, it is probably much easier to stray into the most bizarre adventures in nature or inside the human mind.

🐛 Your writing also deals with our relationships with nonhuman animals. How can literature help understand the Other?

Literature is a wonderful endoscopic instrument with which I can invite a stranger to visit my mind. From here the characters in the stories are seen very clearly. Any reader who cares to do so can, to their heart’s content, experience the sentiments of ringed worms, earthworms, perhaps even hairybellies and thorny-headed worms. They can listen to a conversation between a pine marten and an old house in the town square, and even enter the world of an autistic little girl in a small town where time is measured by the arrivals of trains at the central station.

🌍 What should ecocriticism focus on and how can it be aided by literature?

»My criticism of contemporary attitudes to environmental protection and nature conservation is often a spontaneous response to people’s extremely anthropocentric views, especially those with a Bambi-selective kindness to nature. To Nature that is simply stunningly beautiful or horribly terrifying, but always also mercilessly fair! With our sense of self-importance, we have shamelessly climbed to the summit of the evolutionary peak where we have made ourselves comfortable and have taken for granted that we can claim all the rights of the winners in the struggle for survival. Not only has this arrogant attitude to nature long become our norm, it is also why we do not see, smell, or especially understand, what is happening, for example, right beneath our feet.

Dr Boris Kolar is an ecologist and ecotoxicologist and an international expert on environmental risks. He has written columns for a daily newspaper and published the occasional text in Slovenian literary magazines, but he is most well-known for his humorous novel Iqball Hotel set in Africa, which tells the story of a tourist who slowly turns into the proprietor of a hotel in the middle of nowhere. The novel was shortlisted for the Kresnik Award for best novel in 2009. More than a decade later, in 2020, Goga published his book of short stories Trinajst (Thirteen). In 2021, he published his second novel Potopimo Islandijo! (Let’s Sink Iceland!). His writings are in touch with nature, bright and, above all, extremely humorous.