Goga Publishing is excited to announce that Agata Tomažič’s second collection of short stories, Knife in the Mouth, has been recently shortlisted for the Novo Mesto Award for best short story collection. The jury, who considered more than 60 titles for the award, specifically praised the book’s linguistic and stylistic excellence, noting the stories’ unpredictable and bizarre turns of seemingly mundane events.

Agata Tomažič’s stories peek into the secret lives of carefully chosen protagonists, who hide their anger, contempt, loneliness, and pain underneath the mask of ordinariness and conformity. Describing their misbehavior and skirmishes with society, Agata Tomažič skillfully exposes the painful details lurking underneath the surface of liberalism. Uncovering the banality of xenophobia and all other forms of hate, Agata Tomažič’s stories are at once relevant and frightening, yet brimming with masterful irony and witty humor.

Thinking about her stories, Agata Tomažič says, she initially sees everything clearly before her eyes, so that when she actually starts writing, she only needs to describe the images as best as she can with words.

“This book is a collection of tragic stories, but they’re written in a way that invites the reader to laugh rather than cry. After all, no one is what they seem to be; everyone has a dark or absurd secret, that I as a writer took absolute pleasure in revealing.” 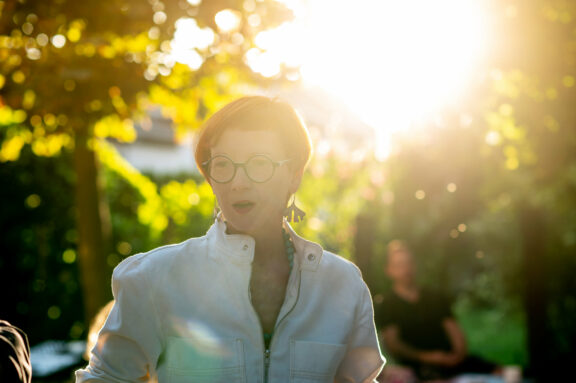