Goga Publishing attended the much-anticipated Frankfurt Book Fair, that in 2021 finally took place in person again. Goga Publishing had a table at the Slovenian Book Agency’s national pavilion, along with a few other Slovene publishers, who were also present in person. Though less hectic that in previous years, the book fair offered ample, perhaps even better, opportunities for meeting and discovering new titles.

Goga Publishing was represented by the literary agent Andrej Hočevar, who was meeting several international publishing colleagues, as well as Mirana Likar, the author of the brilliant, heart-warming novel The Storyteller, shortlisted for both the Kresnik Award and the Cankar Award.

There was much interest for several of Goga Publishing’s titles, including Mirana Likar’s The Storyteller, a story about surviving the whirlwind of the 20th century; Jedrt L. Maležič’s Almost Murderers, a story about women’s liberation before WWII; and Boris Kolar’s satire about climate change Let’s Sink Iceland!

My Neighbor on the Cloud

Certain events were still held virtually, with some guests joining in via a video call, like Margaret Atwood, noting how she initially wanted to covert herself in moss and represent the artic tundra. Canada was this year’s Guest of honour, while Slovenia will be the Guest of honour in 2023 under the heading »My Neighbor on the Cloud«. As Vivek Shraya said during the opening ceremony, let’s not (only) try to be our best selves, but rather see what we can become. Let’s not aim for the best, let’s aim for the clouds!

Shortly before the fair, the German translation of Miha Mazzini’s true-crime novel Erased, Du existierst nicht, was published by Converso. 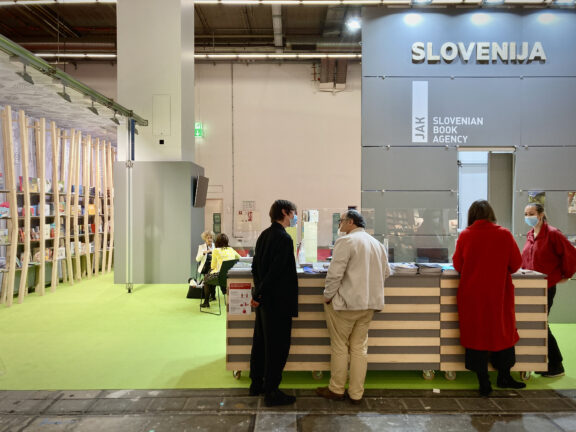 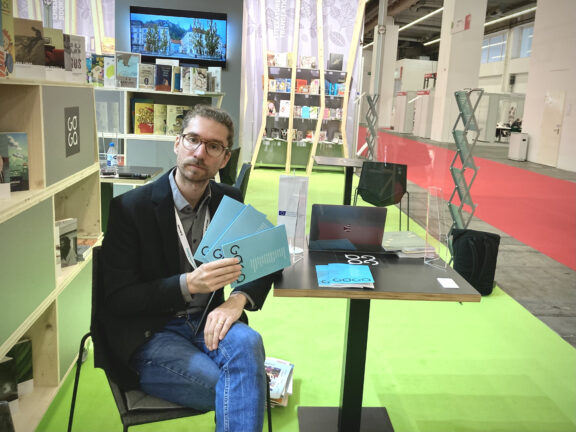 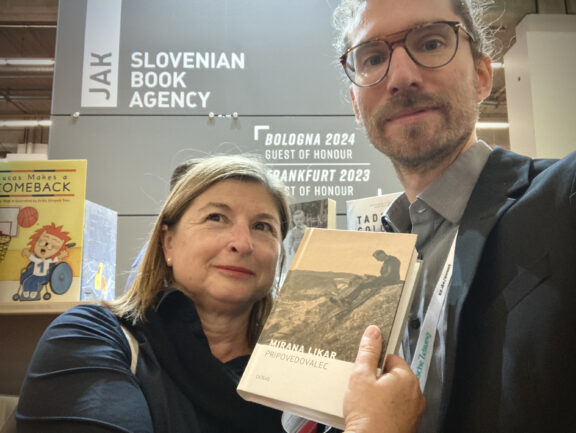