Right Under the Sky
novel

Metod and Ožbej could not be more different: the first is a man in his sixties, stuck in the office of the editor-in-chief of a once influential newspaper, the other a thirty year old brand-new millionaire of the Silicon Valley that helped destroy Gutenberg’s universe. But even though Metod is irreversibly stuck in the past, and Ožbej constantly has one eye on his smartphone and thoughts in the future, their paths converge. Will the advocate of the analogue admit defeat and step aside for the messenger of the digital? 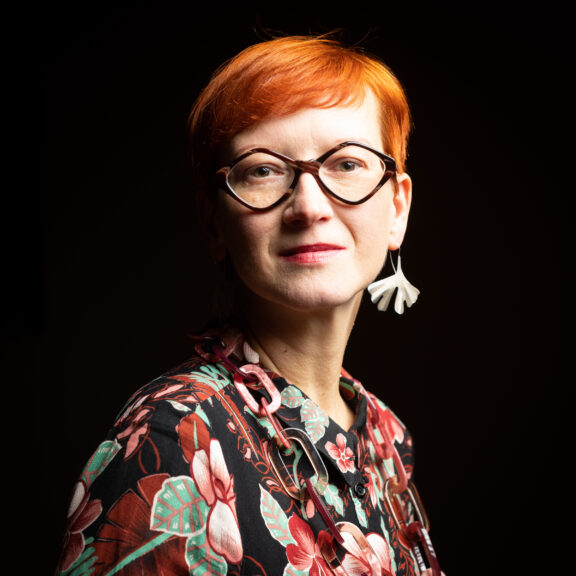 Agata Tomažič (1977) graduated in French at the Faculty of Arts and in Journalism at the Faculty of Social Sciences in Ljubljana. She first impressed readers with her extraor- dinary journalistic contribution to a major national newspaper and her translations of fiction and non-fiction from English and French. She ventured into the literary scene with her much admired collection of short stories Things You Can’t Tell Your Hairdresser, published in 2015, and a year later with a literary travelogue Why Travel to Such Places? In 2017 her debut novel Right Under the Sky was published by Goga, followed by another collection of short stories. She currently works at the Research Centre of the Slovenian Academy of Sciences and Arts and keeps in touch with her audience as an avid tweeter.