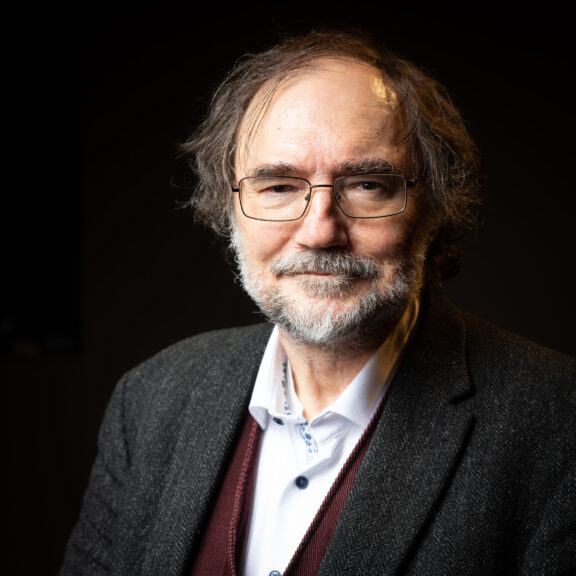 The Translating Turn for The Doors of No Return

I have been translating my poems into English already for decades, but the effort to translate my epic The Doors of No Return (Vrata nepovrata) has become an obsession, a madness quite similar to writing those 45,000 verses. As a matter of fact, I have started translating it out of anger: the late John O’Brien (Dalkey Archive Press), who was very interested in publishing the entire epic (all three books) of The Doors of No Return, informed me that one of my Slovene colleagues had advised him against it, saying that my epic poem was just a provincial story, not worth publishing in other languages. My first impulse was to translate a few hundred verses in order to prove that this judgement was utterly wrong and that this epic had a universal message and value… and then I have just continued translating it.

There is another, even deeper motivation for my effort. When, after long years of writing, I have finished the third and last book of the epic, The Dwelling Places of Souls (Bivališča duš), about a cruiser sailing to the North, containing all the infernal history and tragic stories in the underdeck, and all the memory in the artistic floors above the deck, I felt like a shipbuilder standing at the wharf, waving to my own ship, leaving the harbor, sounding its horn, and sailing to the darkening, starry horizon. During the long years of writing, I had revived my parents and many other dead relatives and friends: we were speaking a lot, laughing, and even quarreling. When I finished this epic poem of 45,000 verses, I had a painful feeling that they died again. Here the process of translating helps me a lot: I revisit the places where we were together, and I speak with them – in another language. And the fact that all these verses and stories and characters and voices are now filtered through the music of a different language, has for me a deeply calming effect. I am now able to understand the souls of my loved ones and their life stories and my own poetic work in another light due to the re-creative power of the translation.

It was a joy for me to unlock the text again; quite frequently, not being satisfied with my own translation, I have re-written those fragments in English, trying, of course, to maintain my original meaning, but expressing it with the images, rhythms, and sound patterns characteristic of English verse. My own English translation of The Doors of No Return (its half, actually) is, therefore, not a brother, but more a kind of a cousin to my Slovene original text. Entering and researching another linguistic world in this unusual way, I realize more and more that my own poetic text is wider and wiser than I am, that other people can, and will, understand it differently, that I am not a monopoly owner of its meaning and message. And it makes me happy: my epic The Doors of No Return is a sign of love for the souls of my dear dead, and precisely because I love them, I must let them go. And that is what I do translating The Doors of No Return. My dear dead souls had returned to me while writing Vrata nepovrata, and now, translating them into The Doors of No Return, it is my turn to let them go. To English, to other languages, to other readers, and to the silence of my memory.

I had a very good experience cooperating with the outstanding American poet Mark Tardi who copy edited Maps of Nostalgia, the first book of my poetic madness, for the Dalkey Archive Press … which was, unfortunately, never meant to be due to the financial problems shaking this great publishing house.

The contribution of the excellent American translator and expert for the Slovene literature Michael Biggins was different: as a co-translator reworking my English translation, he has given it a natural sound and elegance that only a native speaker can do … but even more. I expected that Michael’s skill would inevitably take the English version of my epic further away from its Slovene original, but quite the contrary happened: Michael is a master, he has corrected the passages that I had re-written in English, bringing the semantics, the poetic procedures, and the atmosphere of these fragments back again, closer to the Slovene original than I had translated them myself. I am an old amphibian, a poet and a translator – and I have never experienced anything remotely similar to this translation process.

(“Hvala” has two meanings in Slovene: “thanks” and “praise”.)