The novel depicts the destinies of three generations of women of Slovenian descent from Trieste, fleeing from fascism. On their journey, they stay with relatives in Istria and benefactors in Maribor, but fail to find a new home.

The young Marina and her stubborn mother, Marija, are Slovenes living in Trieste in the 1920s. Marina, working in a hospital, falls in love and gets pregnant. However, her activist partner flees the country, leaving behind a daughter he’s never even seen. With the rise of fascism, the three women seek safety with relatives in Istria, where they stay a farm until their hosts’ orchard is burned down. Not being safe anymore, and their relationships already torn, they flee yet again. They finally arrive in Maribor, where a family of benefactors offers them hospitality. By now, at the end of 1930s, Zorka, the youngest of the three women, has grown up and become a political activist herself, while her grandmother has become even more possessed by religion. When Marina is visited by her long-gone husband, he tries to make amends by giving her the keys to a new home, then disappears forever. Marina, who had always been rather passive and therefore never able to stand up to her own mother, finds some comfort in finally being able to support her own daughter when, in 1941, she decides to join the Liberation Front. At about the same time, Marina meets Gvido, an older man from Trieste, whose family was killed by fascists. Not knowing that the war was just about to begin and change their lives once more, Marina feels she’d finally broken the circle and set herself free.

Almost Murderers is a moving account of a woman’s winding path towards freedom. Her journey is a poignant reminder of the obstacles women – and minorities in general – had to overcome in the 20th century up to WWII. The theme of three women moving from place to place, desperately trying to find a home, shines a new light on current crises and migrations. 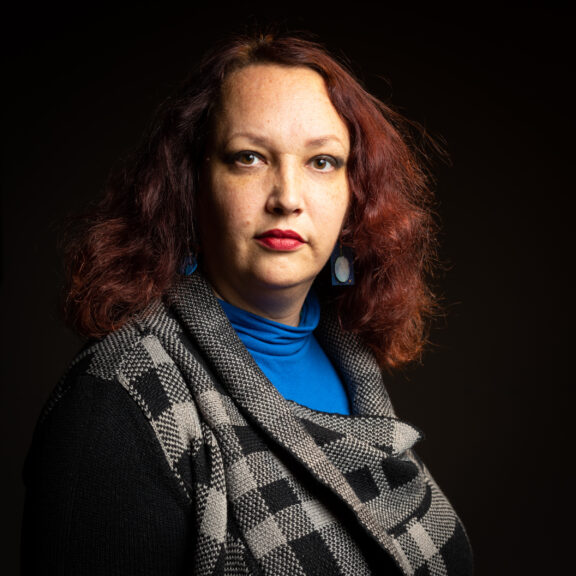 Jedrt Maležič (1979) is a writer and a literary translator from English and French. Her first collection of short stories Težkomentalci (Heavymentals), published in 2016 and shortlisted for the best debut award, has opened and demystified the topic of staying in a psychiatric hospital as a totalitarian institution in the 21st century. The following book, Bojne barve (War Paint), shortlisted for the Novo Mesto Award, discusses the topic of several different LGBT entities and their troubles in coming out in a closed or hostile society. In 2018, she published her first novel Vija vaja ven (Eeny, meenie, mynie, moe), which tackles the subject of dangerous new age mentality and spiritual cults. Napol morilke (Almost Murderers) is her second novel.

In the author's own words