An inspector, investigating multiple murders, becomes suspicious of his partner. But soon, he himself might become the subject of the investigation.

Hari Izmail, a young Muslim, and his impenetrable, enigmatic partner Erik Tlomm investigate multiple murders. They’re quite the odd couple: Izmail is young, curious, alternately sluggish and ardent, while Tlomm, whom Izmail calls Dante, is smart, yet secretive, coy, and at times seemingly indifferent. However, Dante has a passion: forensic linguistics. Not only is this a constant source of fascinating insights, but it also forms the basis of the narrative’s philosophical undercurrent. This is even more pertinent, given that the story takes place in Nova Gorica, s amall town in Slovenia on the border with Italy, where  identity is as much a political choice as it is a fluid concept.

While the first murder is relatively quickly dismissed, a new murder begins to complicate the lives of everyone involved. When the body of a young girls is discovered, a web of deceits and false leads begins to surface, in which everyone becomes suspicious about everyone else. Matters are complicated even further, when Tlomm mysteriously disappears and Izmail starts seeing ghosts. Soon, everyone is involved and the subject of someone’s investigation, including Izmail, who might be responsible for a third murder.

Vividly depicting everyday life in Slovenia’s western region, Detective Dante is a smart story with multiple twists and philosophical insights. Readers will recognize how fluidly the novel hints at several different styles in the historical development of the genre, switching perspective so that the subject becomes the object and clues become signs in a linguistic puzzle. 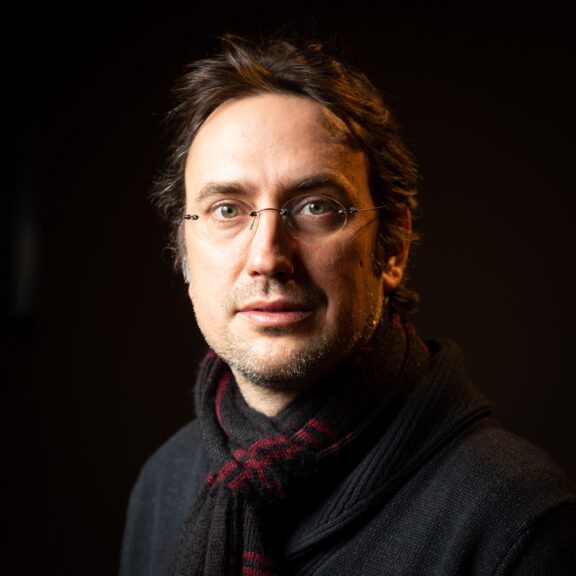 Mirt Komel, born in Nova Gorica in 1980, is a writer and philosopher curretly working as a lecturer at the Facult of Social Sciences and Faculty of Arts, University of Ljubljana. He is the author of many scientific publications, monographies “Poskus nekega dotika” (‘Attempt at a Touch’), “Sokratski dotiki”, “Giljotina duha”, “Twin Peaks in postmodernizem”.
He is also author of many literary works. Both of his novels Pianistov dotik (2015) and Medsočje (2018) were nominated for literary award Kresnik and were among best ten novels published in Slovenia in the year of its publication,