“Otroštvo (Childhood) is Mazzini’s most subtle and touching book yet.”

Otroštvo (Childhood) could be subtitled “autobiographic novel with made up stories”. Throughout the novel we encounter the same boy, the same fate that was introduced in some of Mazzini’s earlier novels, mainly Kralj ropotajočih duhov. The stories deal with early childhood, but the memory of it is dream like – reality is off kilter, the reader is thrown into a labyrinth of anxious, sometimes grotesquely funny pictures. The central character is a religiously fanatic grandmother who keeps dying and coming back to life – fatal illnesses prove not to be so fatal, though it is true that she keeps coming back even after she’s been buried (under a tomb stone bearing the wrong name). Then there are the (too) brave playground friends, a bitter absent mother, and uncles among which Vinko takes up the paternal role: “Remember, kid: memories are like taxes – you’re never rid of them.” 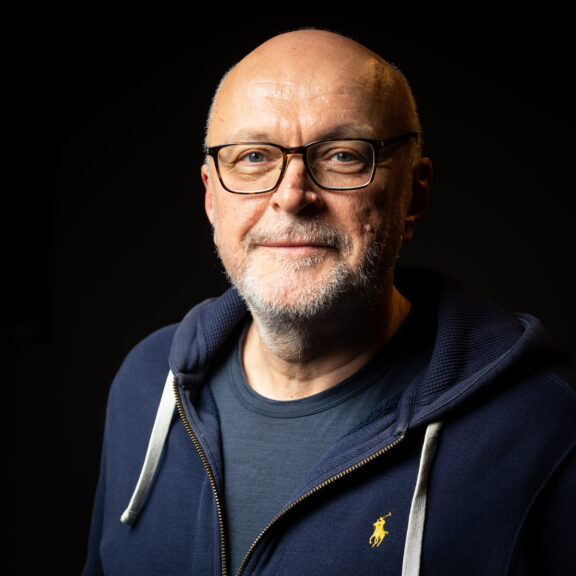 Miha Mazzini has published nine literary books and seven manuals, four of his scripts were turned into films, two of which he directed himself. He has received severa awards for his work: Slovene Novel of the Year award for Drobtinice, Zlata ptica awards for exceptional artistic achievements, CIRCOM award for the best European television film, …