An old man, who was more than once forced to swear allegiance to opposing sides, recounts his unbelievable story of survival in the 20th century.

Towards the end of his life, Nikolai recounts his story to a sympathetic listener, a simple girl he’d met at a bar and whom he later married, just in time to make her an heiress and save her from mediocrity.

During the course of his turbulent life, Nikolai has switched names, sides, uniforms, jobs, and posts, he was at the front and in labor camps, a prisoner, a lover, and an interrogator. In the whirlwind of history, he’d more or less unwillingly accepted several identities and sworn allegiance to different forces, his only humble wish being to safely return home.

The novel vividly depicts Nikolai’s childhood at the end of the Kingdom of Yugoslavia, how he was saved by the Partisans and was later recruited by Germans during World War II. He briefly joined Ukraine resistance fighters, but was abandoned and captured, then captured again by the Russians. In a labor camp, he falls in love with a superintendent, runs a foundry, and is finally recruited as a secret agent, then imprisoned and saved yet again. When he finally returns home, the tense political situation forces him to be careful and not reveal the whole truth about his past. Later, he became a successful civil engineer, whose career included a stint in the Middle East, witnessing uprisings in Libya.

The novel is as much a story about the 20th century as it is a touching story about an individual’s will to survive. And survival, as it turns out, sometimes depends on being able to tell a good story and finding someone willing to listen. 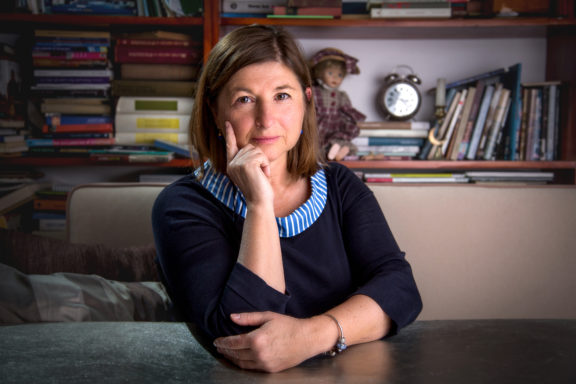 Mirana Likar has published the short story collections Saturday Stories (2009), Seven Words (2012) and Voices (2015), the novel Babushka (2017) and the novella Tide (2019). In 2020, she published successful the novel The Storyteller, shortlisted for the Kresnik Award and the Cankar Award. Her debut was shortlisted for the Fabula Award, with several of her stories, included in anthologies, having received prizes at competitions. One story appeared in Bestu European Fiction.