In 1944 all Jews were deported from Sobota, among then Roža, Evgen and Franjo, who was the only one to return. Their story – a story of good people, a melancholy landscape and a crime that has marked it forever – is narrated by the maid Žalna.

Dušan Šarotar has placed the events of his new narrative at a time remembered when objects still told people’s stories. Whether one filled their home with them, used them at work or with their help staggered through life, these mute narrators expressed all that the person lived and felt, all that they thought about in sleepless nights and the fierce emotions that weighed down their step. Beside the objects are also the words, which among Šarotar’s people are rare and dusty so they grind through the teeth. Out of words that cover the whiteness of the page and out of objects which conceal the emptiness of life, comes a story about good people, like those already described a century ago by the Slovene writer Miško Kranjec who also hails from the same area as Šarotar, this time about Rozika Hahn from Bodonci, who never was good with words, and the merchant from Čakovec Franjo Schwarz, who spoke even less. Roža and Franjo got married on 12 October 1932 in the synagogue in Murska Sobota. Their only child Evgen was born soon after. On 26 April 1944 all Jews from Sobota were taken away, and in mid-May they also came to get Roža and her son. At the beginning of June they were, together with others, ‘transferred’ to Auschwitz II-Birkenau from where none of them returned. Franjo was sent to a forced-labour camp in Hungary and survived. The story of their harsh, never-fulfilled life is told by the maid Žalna, the writer noting it down with chosen, precise words chiselled from memory, and rather than placing it into some broader historical fresco, frames it in a clear patch that appears when you wipe the dew off cold glass. This is a tale of good people who are no more, so they can only live on in our words and in objects, but it is also the tale of the eternally melancholic Pannonian landscape between Šalovci, Čakovec and Sobota, with a terrible wound slashed into it by history and its crime. This is a story that Dušan Šarotar will never stop telling and is, beside all else, also the Song of Songs of Slovene language and an example of stylistic perfection with few equals in Slovene literature. 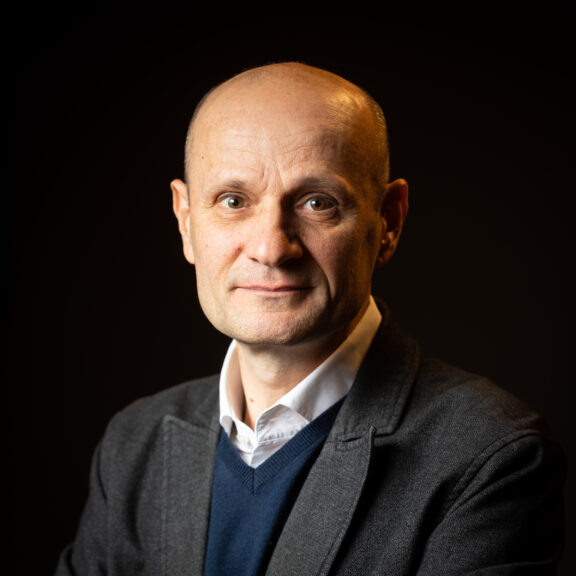 Dušan Šarotar (Murska Sobota, 1968) is a writer, script writer and photographer. He studied sociology and philosophy at the University of Ljubljana. He was a member of the editorial board of Beletrina collection and editor of AirBeletrina. He’s been an independant writer since 2000. He wrote many scripts for documentaries and movies, as well as film presentations of Slovene artists. He also writes for children and puppet theatres. His poems and prose were included in many Slovene and foreign anthologies, and were translated into several languages. The focal themes in his most recent writing are the fate of the Jewish community and the holocaust in Murska Sobota and Prekmurje.